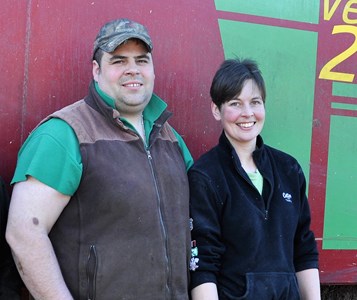 A weighing and feed management system attached to the farm’s diet feeder is ensuring consistency in the TMR mix each day for Worcestershire farming couple Graham and Di Gibbs. Together with their independent consultant Barrie Audis, they are seeing better herd fertility, as well as having a better control of feed costs.

At Lower Bentley Farm, near Bromsgrove, Graham and Di Gibbs are milking 185 commercial Holsteins, calving all year round, on an organic system. Of these, a high proportion - 62% - are heifers.

Graham explains: “Over the past 12 months, we’ve lost 132 animals in TB tests. Fortunately, we had a surplus of heifers coming through in the herd. Plus we sourced 68 organic heifers - of high health status - from Denmark.

“So although we’ve been up to 10,000 litres/cow, herd yield is currently lower than normal: a rolling average of 8,952 litres of milk/cow/year.”

The only crop grown on the farm is grass – all of which is permanent pasture.

Harrowing is carried out every spring, and poorly performing fields will be overseeded after second cut with the same tine harrow plus an air seeder.

Barrie explains: “Typically, high yielding herds on organic systems hope to produce 40% of milk from forage. The Gibbs however are limited by the permanent pasture and are currently achieving 30%.

“That said, we are expecting to see this improve thanks to several changes in grassland management. Three years ago, Graham started sward-lifting to remove compaction and allow grass roots to get to the nutrients. This has stimulated growth on what is heavy silt land, and last year 25% more silage was made.”

Around the same time, Graham and Di also changed their approach to silage-making and adopted a multi-cut silage system, supported by their local contractor with a forage wagon.

Graham explains: “The first cut is taken at the very end of April/beginning of May, and then every five weeks to give a total of 4 or 5 cuts over the season, depending on the rainfall and grass growth. Last year’s 4th cut was actually taken in early November after we’d had 10 dry  weeks with little to mow.”

Barrie explains: “As no nitrogen is applied, Graham can cut early and get really good quality silage in the first cut. Overall, the multi-cut system means he’s matching conventional yields of 15t freshweight/acre/year.

Each month, Barrie takes a silage sample from the clamp face – sampling in a W-shape, mixing the silage and then halving the quantity before sending for analysis.

Barrie explains: “According to the results, I then fine-tune the blend to balance the silage quality. As the grass management and silage-making is so good, I rarely need to make any changes to the blend specification. Graham will enter the new silage DM% into the Digi-Star.” 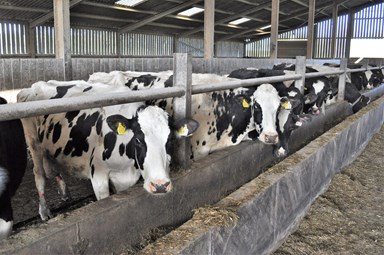 In the spring, cows are grazed during the day and buffer fed at night until after the first cut when they are turned out. They then have access to the TMR when they come in for milking.

The basic TMR ration is simple, just three main ingredients: grass silage, a custom-made blend, and home-made hay which pads out the silage and provides the scratch factor.

The milking herd is divided into a High and Low group with low yielders having a higher proportion of forage in their TMR mix.

In the parlour, cows are fed a custom-made concentrate to yield. The crude protein content is varied over the year – ranging from 14-18% - depending on silage quality and grazing.  It is currently 16% CP, and the concentrate contains 25% organic maize meal.

The current blend is 56% maize meal, 35% soyabean meal, 12.6% dried lucerne and 2% peas. In total (blend and parlour cake), cows are receiving a rolling average of 0.35kg/litre of concentrate per year.

Parlour feeding is generally set at M+33 for the High group and for the Low group M+15 over the winter period, and adjusted upwards in the grazing period.

Barrie adds: “We’re packing as much energy into the cows as we can.”

Eighteen months ago, with more cows to feed, and looking to save time, Graham upgraded from a single auger diet feeder to a larger capacity twin-augered Strautmann Verti-Mix 2401.

He also took advantage of several optional features: a two-speed gearbox gives the flexibility of using a smaller 100hp tractor to pull the feeder if needed; magnets have been fitted at the top and bottom of the augers to catch any stray metal pieces in the ration; stainless steel wear plates on the leading edges have been fitted to confer extra longevity. 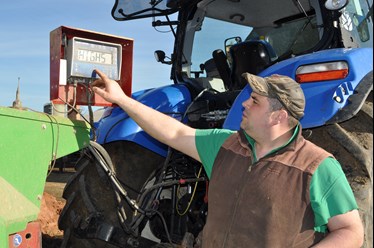 Graham adds: “The Strautmann feeders are built like tanks – and very reliable! And it’s unbelievable how many springs and washers get picked up on the magnets.”

However, the most significant new addition to the feeding set-up has been a Digi-Star EZ3610v programmable weighing system, with a wireless connection to a feed management programme installed on the farm’s computer. This not only assists the operator when mixing diets for a constantly changing number of animals, but also relays the data each day to the office computer and creates feeding reports.

Graham adds: “We also have a separate Digi-star wireless control unit which we keep in the telehandler. It enables me, for instance, to set the water tap running to wet the TMR and go off and do something else. Then it will alert me when it’s time to get back to the feeder.

“Before we had the Digi-Star, I’d add the same amount of blend and hay to the diet feeder each day, and then alter the quantity of silage according to appetite.

“But we’ve got a lot more control now, it’s easy to pro rata the quantities, and we’re using a lot less blend. We pay a small monthly subscription, but ultimately it is still saving us money.”

Barrie adds: “Graham and Di are both quite fastidious about the accuracy of what they put into the feeder. But the levels and ratio of nutrients were changing daily, and this was affecting cow performance. Cows - especially high yielders – need to have stable intakes of a static ration.

“With cows receiving a consistent ration, this has had a positive impact on their fertility. Improvements have been seen in the number of in-calf cows: pregnancy rate has increased and now stands at 20%. The calving interval has come down to 384 days, from over 400 days.

“Every two weeks, Graham sends me an update from a Digi-Star report of exactly what has been fed. This information helps me monitor the situation and fine-tune the diets.”

Barrie explains: “Milk yield is interesting, but it’s margin that produces the profit and pays the bills. So I use the parlour readings of each cow’s milk production, and set it against the cost of the feed, calculated from Graham’s report.

“At Lower Bentley Farm, having the Digi-Star on the diet feeder has definitely made a difference: rations are more consistent, herd fertility has improved, and this has improved margins and herd profitability too.” 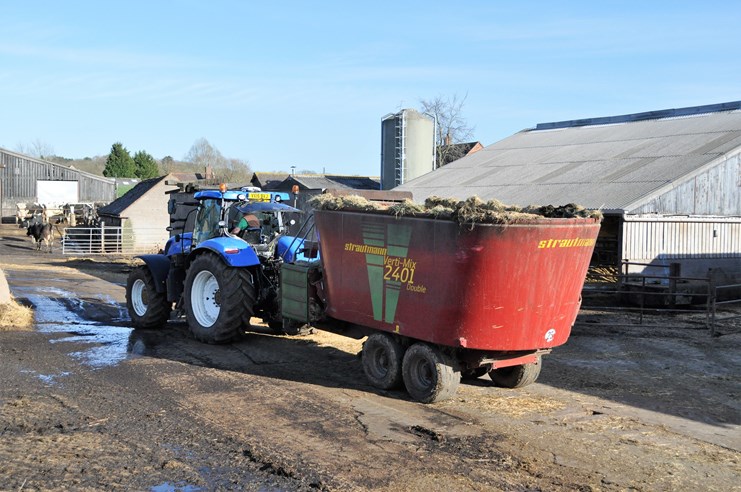