A wider pick-up and a new rotor design have further improved the efficiency with which Strautmann's Giga VitesseCFS 3602 forage wagon collects and carries cut grass. 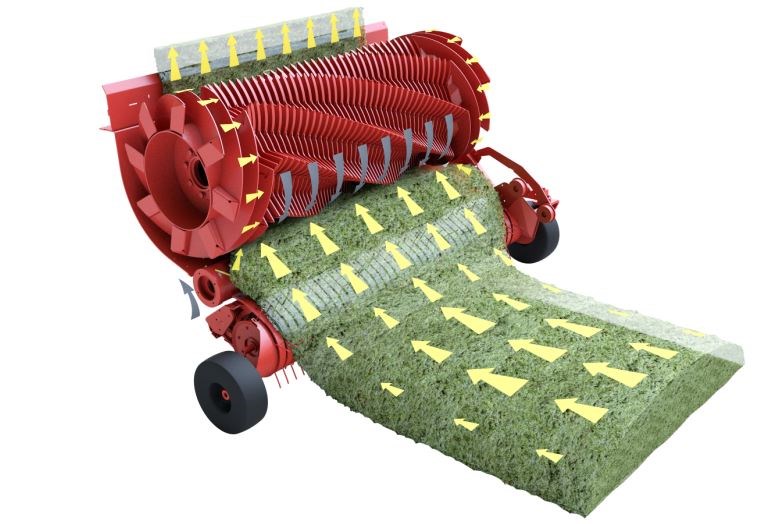 The wider 2.25m pick-up means that in fields where grass has been poorly raked and left in wide swathes, and also around headlands and corners, drivers will find efficient pick-up much easier. The new rotor design further enhances the action of the CFS by ensuring an even grass density at the outside of the chopper rotor which in turn densely fills the full width of the wagon.

The updated Giga Vitesse "02" range was launched at Agritechnica in November, and the Giga Vitesse 3602 model will be introduced into the UK at the 2018 LAMMA Show in January.

In this new 02 model range, the conveying unit has been completely revised. The camless pick-up with 6 V-shaped tine rows is equipped with plastic strippers preventing early tine wear and improving smooth running.

The guide wheels have also been modified: they can remain in position during road travel and do not need to be retracted. Furthermore, their height adjustment has been made easier, and hence the operating height of the pick-up is now also more easily adjusted.

Unique to Strautmann forage wagons is the CFS roller which is situated between the pick-up and the rotor. It ensures grass is presented evenly and spread across the full width of the chopper rotor. 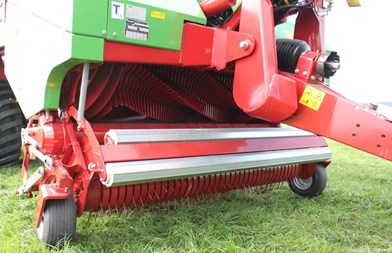 The rotor drive has also been revised: on the right-hand side, an oil-bath gearbox transmits the tractor power to a planetary gear set integrated in the rotor. Thus, the speed is only reduced at the rotor, which prevents high torques in the power train.

Farmers and contractors can see the new machine on OPICO's Strautmann stand at LAMMA 18.

For the full range of Strautmann Forage Wagons click here