As soon as you remove silage from the clamp, it becomes more susceptible to spoilage losses as air gets to it.

Air activates any yeasts and moulds present which cause heating as they "feed" on the silage's nutrients. As well as lowering its feed value and increasing waste, this spoilage process can lead to reduced palatability, reduced dry matter intakes and reduced potential for milk yield.

Feeding in warmer conditions increases the risk, and drier silage is particularly prone - because it's more difficult to squeeze air out in the first place.

Temperature rise: For every 1 deg C that clamp temperature rises above ambient, 0.23% of dry matter is lost per day. But silage can be up to 10 deg C hotter before a temperature increase is detected by hand.

So, what can you do? Ideally, take steps to prevent spoilage organisms getting a foothold in the clamp in the first place - such as good consolidation to remove air, effective clamp sealing to keep air out, and using an additive to improve fermentation and target spoilage organisms as an integral part of ensiling.

If spoilage or heating is a problem at feed-out, you won't be able recoup any feed value already lost. What you can do, however, is take steps to minimise any further deterioration from here on.

Stabilise silage: For a start, practice good clamp hygiene. Don't leave mouldy silage in front of the clamp that can contaminate the clamp face with mould spores. Keep the silage face smooth to minimise air ingress. For the same reason, avoid trimming the top sheet back too far. But equally, don't leave it hanging over the clamp face. This creates a microclimate where spoilage organisms can thrive.

In addition, consider using a proven chemical additive at feed-out that will economically stabilise the silage when mixing it in a TMR.

Results from using such a treatment are clear. As well as delaying heating for up to 48 hours, trials have shown that nutrient losses were reduced by up to 50%.

Over two days, while ME in untreated silage declined by 0.81 MJ/kg DM, with the treatment, the decline was just 0.34 MJ/kg DM. Similarly, by using the same treatment, "D" value losses were reduced from 5.1 to just 2.1%.

With the importance of maximising milk from forage and silage, these are important considerations. You produce silage for your cows. Not as a free dinner for yeast and moulds. 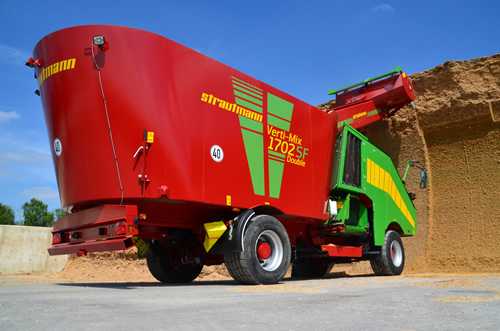